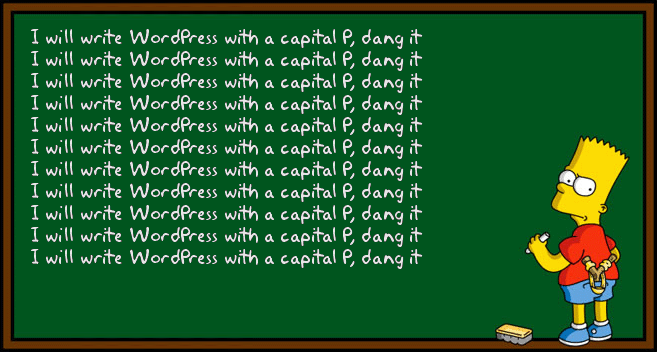 Everybody new to WordPress quickly learns that WordPress is written with a capital P. This is a major pet peeve for the WordPress community (just write WordPress with a lowercase P in any WP forum/slack channel and count the seconds until somebody corrects you 🙂 ).

This obsession ended up with the addition of a new function to the WordPress core code (the capitalP dang it function, initially contributed by Matt Mullenweg, the WordPress co-founder itself) that automatically checks your post content and autocorrects any misspelling of the word WordPress. While, at the time, this enforcement generated some controversy, we are now all very used to it and mostly believe that helps us to avoid silly mistakes when talking about WP.

As part of our research line on the influence of bots in software development, we thought we could create a simple bot to bring the same functionality to your WordPress-related code. That is, our CapitalP bot checks your WordPress code (e.g. as part of a new theme or plugin) does not misspell the word WordPress either. WordPress with a capital P everywhere!.

You can easily install the CapitalP bot in any of your GitHub repositories. Once installed, the bot will automatically check your pull requests to look for any file that includes a misspell WordPress mention. And if so, it will request a change to the pull request providing the details on the files/lines where the misspelled occurrences have been found.

The bot is rather simple (e.g. only pull request creation events are supported, the bot does not update its review if new commits are pushed to the pull requests, nor it tracks the files to see if you have fixed the detected errors) but we hope you may still find it useful.

Keep tuned for most bots in the near future as we continue to evaluate the wonderful Probot framework (or the more recent GitHub Actions feature) and think on how to make it even easier to create (and personalize) software bots. And if you’re interested in bots for WordPress (and not “bots for programming WordPress), check out this Chatbot plugin for WordPress.